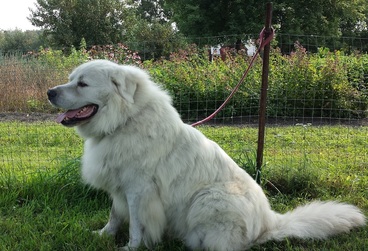 Captain Mickey of Housman Farms is the older of our two stud dogs.  He is fully matured in his personality and his majestic look.  He comes from the "Graymar" bloodlines of British Columbia, Canada.  Captain, as we call him, has a beautiful thick coat and is large and strong.  He is a big teddy bear with our family but very alert and protective of the farm.  He is currently stationed out at our barn with the lambs and chickens. 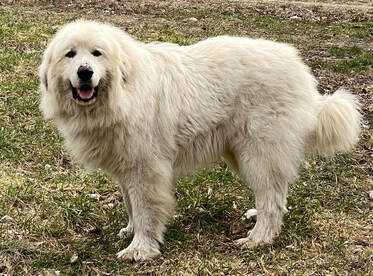 Sergeant Tru of Housman Farms is a few years younger than Captain, but fully mature in size and personality.  He has turned out to be a stunning, show quality dog.  Rosie Darling and Little Bear Miska are his "ladies", and they have been making lots of lovely pups together. 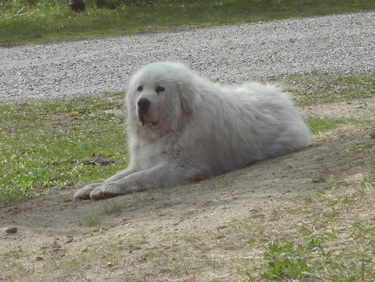 Unfortunately, our dear Jackson passed away in 2015.

Jackson was our original guard pyr.  We bought him as a puppy in May of 2004 when we were in need of a guard dog to keep away predators.  Jackson was a big puppy with us but a fierce protector of us and our livestock.  He always let us know when strangers were here.  He was a very loyal old guardian! 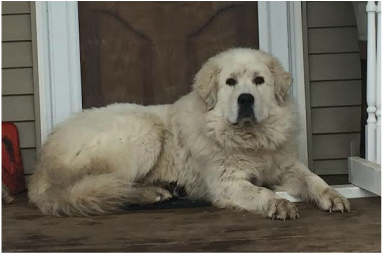 General was born on September 29th, 2013, out of Princess and Captain's litter of twelve. He is a giant and has surpassed Captain in size!  As the "off leash" guardian of farm and family, General is standoffish with visitors but loyal and loving to his family.